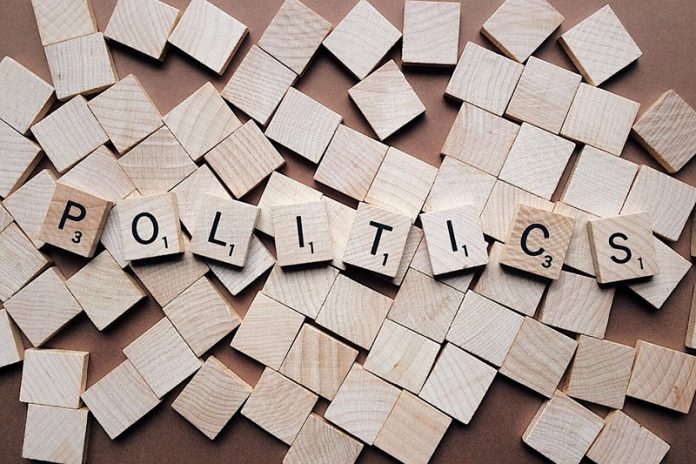 President Donald Trump refused to commit to accepting the results of the 2020 election and ensuring a peaceful transition of power in an interview with “Fox News Sunday” host Chris Wallace. In the interview, which aired on July 19, President Trump undermined confidence in the result of the 2020 election by falsely claiming that mail-in ballots are “rigged,” and opened the door to later contesting the results if he loses to Democratic nominee Joe Biden. “In general, not talking about November, are you a good loser?” Wallace asked. “I’m not a good loser, I don’t like to lose, I don’t lose too often” Trump replied. “But are you gracious?” Wallace pressed. “You don’t know until you see, I think it depends. I think mail-in voting is going to rig the election,” Trump said. “I really do.” “But are you suggesting you might not accept the results of the election?” Wallace continued. “I have to see,” Trump said. Wallace then reminded Trump that he asked him a similar question as to whether he would concede the election if he lost in an October 19, 2016 presidential debate. At the time, Trump told Wallace he would “tell you at the time” and “keep you in suspense.” “The American people will decide this election. And the United States government is perfectly capable of escorting trespassers out of the White House,” Joe Biden campaign spokesman Andrew Bates told the Washington Post in response to Trump’s comments.

President Donald Trump announced a plan on July 22 to send federal agents to the Democratic-run cities of Chicago and Albuquerque to crack down on violent crime in an escalation of his “law and order” theme heading into the final months before the presidential election. President Trump joined at a White House event by Attorney General William Barr, unveiled an expansion of the “Operation Legend” program to more cities in a further effort by federal officials to tackle violence. “Today I’m announcing a surge of federal law enforcement into American communities plagued by violent crime,” said Trump, who has accused Democratic mayors and governors of tolerating crime waves. “This bloodshed must end; this bloodshed will end,” he said. The program involves deploying federal law enforcement agents to assist local police in combating what the Justice Department has described as a “surge” of violent crime.

President Donald Trump signed a memorandum on July 21 instructing the US Census Bureau to exclude undocumented immigrants from the population totals that determine how many seats in Congress each state gets. It is an unprecedented move that seems to be an attempt to preserve white political power. The American Civil Liberties Union said immediately that it would sue and the action is likely to be met with a flood of legal challenges. The Trump administration appears to be on shaky legal ground, as the US constitution requires seats in Congress to be apportioned based on the “whole number of persons” counted in each state during each decennial census. The constitution vests Congress with power over the census, though Congress has since designated some of that authority to the executive. Republicans in recent years have been pushing to exclude non-citizens and other people ineligible to vote from the tally used to draw electoral districts. In 2015, Thomas Hofeller, a top Republican redistricting expert, explicitly wrote that such a change “would be advantageous to Republicans and non-Hispanic whites”. The White House memo, titled “Excluding Illegal Aliens From the Apportionment Base Following the 2020 Census,” argues that the term “person” in the constitution really means “inhabitant” and that the president has the discretion to define what that means. The memo also argues that allowing undocumented people to count rewards states with high numbers of undocumented people.

A surge of campaign contributions in the second quarter gave Democrats seeking to flip Republican-held Senate seats in those races $86 million for the three months ending on June 30, according to Federal Election Commission filings. Republican incumbents raised $52 million in the same 10 states: Alaska, Arizona, Colorado, Georgia, Iowa, Kentucky, Maine, Montana, North Carolina, and South Carolina. But they maintained a significant cash advantage over their challengers, with nearly $100 million in hand as the campaign entered its final months. The combined Democratic cash position equaled the quarterly fundraising total of $86 million. While the general election away, the flood of campaign contributions shows Democrats benefiting from voter discontent over President Donald Trump’s responses to the Coronavirus pandemic and race relations, among other issues, analysts say.

Here are the main events that occurred in Politics this week: 1. 2020 Elections: Republicans On Offense In...
Read more
OurWeek

Here are the main events that occurred in Politics this week: 1. 2020 Elections: Republicans On Offense In...
Read more

Congressional negotiations on a substantial Coronavirus relief bill took a modest step forward on October 20, though time is running out and...
Read more

The Supreme Court turned down an appeal from Pennsylvania’s Republican leaders on October 19 and left in place a ruling that says...
Read more
Load more

“The Supreme Court turned down an appeal from Pe

“Congressional negotiations on a substantial Cor

The NAACP, the largest US civil rights organization, is launching a drive ahead of November's presidential election to boost African-American voter turnout...
Read more

Here are the main events in Politics that occurred over the past week: 1. President Donald Trump Decertifies The Iran Nuclear Deal On October 13, President...
Read more

Here are the main events that occurred in Politics this week: 1. 2020 Elections: Republicans On Offense In...
Read more

Congressional negotiations on a substantial Coronavirus relief bill took a modest step forward on October 20, though time is running out and...
Read more