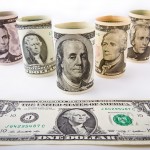 What is Universal Basic Income?
The idea that every citizen of a state should receive a basic income to survive. Instead of work 9-5 regular job, you would only need to if you want extra then bear minimum in society.

Who is proposing Universal Basic Income?
Right now many people see a future of automation as a destroyer of “jobs” for people to survive in the current monetary society. Major captains of industry have come out supporting it. Like who? Elon Musk -Mark Zukeburg Sam Altman, Andrew Ng, Bill Gross, Ray Kurzweil and more. You can find an introduction to the people on a link below.

The How, What and Why?

As robots replace human labor what is to become of the workforce? How will society coop with men not operating jobs that maintain and produce capital? Well as the narrative goes, they are supposed to be good little workers and accept what society hands them. If people fight for the Universal basic income then it can become their right to have it. If they don’t get it, they have to accept it. But is universal basic income anything but to keep the fundamental restructuring of society and to keep the management of “production” out of the hands of the average man? The leaders of industry clearly see a time where the work is 95% machine driven and people really won’t have a place in the type of society it will create. It is saying there are no losers just above the tide people and people above the floor of desuetude. But it neglects to address the fundamental arguments of inequality, power, and egalitarianism. Who gets a say in what gets done? Who gets a say in what’s made? Who gets a say in how we do things? Fundamentally a society with and or without Universal basic income still presents a serious dilemma. Wealth in most societies like the US, influence, determines and often changes elections against the “popular” consensus of society. So Elon Musk is willing to give you a basic house, with solar panels and probably other essentials but it should not be mistaken men like him do this to keep his big house, expensive car and the mob off his company. Jean Ziegler a former UNO Special Rapporteur said it best when he said,

“The agriculture of the world could feed 12 billion people with no problem. A child that starves to death today is murdered.”

The human potential to feed everyone is possible, it’s the governments and large companies that prevent them from doing so because they would lose money-“capital”. Proposing that we feed everyone is a good start but asking why they are hungry is a better one.

The quote by the Brazilian Archbishop echoes a truth, the reason people starve is because we let them. The reason people let it happen is because small groups of generally wealthy American men find it immoral to lose a profit even though someone loses a life. Distribution of resources is a key area here that is not well discussed in Universal Basic Income. Yes, everyone in the state would theoretically receive an income to survive, but what they would not receive is real opportunities to climb out of that zone, lets call it climbing the ladder. With wealth concentration, monopolization of industry, patenting of technology it would become increasingly difficult for individuals to climb up to a substantially higher level of “wealth” or up the ladder.Currently, economic mobility is at its lowest point in a very long time in the US and around the world. Could UBI fix this? It remains to be scene with it not addressing the monopolization of wealth and industry. Why should one man own more than 90 or 100 million? There is no good answer to that, especially with the result of it, the concentration of power. Regardless of your stance on any political issue, who argues that one man should be a king when he has no right to be a king?It is not divinely ordained. It is not because of merit or intelligence, its is largely the result of being born at the right place at the right time to the right circumstances.  Under an increasing non-competitive, low labor society we could see worse inequality rise. I am not applying that historically competition was strong because it has usually been the opposite, but it will likely become worse. You have 400 families controlling half the world’s wealth today. Under Universal basic income will that change? I am not sure. But a great doubt hovers the minds of many on the issue.

Dangers
What could evolve is an exacerbation of the current problem, dumb, bullshit pass time crap. I am talking about wasting 3 hours a day watching sports when it has no “value” whatsoever. In the days of the Romans, they built Colosseum’s like the Circus Maximus, not just because they wanted to see people cut each other heads off for fun, but to keep people entertained and not thinking too much. It is important to constantly question the hierarchy and establishments of power in current human civilizations. Fuck apes. Society has the potentially to become an even more trapped and detached human consciousness with the increase of technologically development in virtual reality. Today we have an intense focus on entertainment while the world falls apart, environmental destruction, the potential for nuclear holocaust, drug epidemics, disease, famine, deep poverty and more. Many of these things will not be addressed by simply giving a “citizenry” Universal Basic Income. Be Weary my friends and stay thirsty for knowledge. For without the thirst we lose our humanity.

Said something about Apes?But here is some fun aside from it
http://www.consumepopculture.com/#/make-america-apes-again/
Why will Universal Basic Income become the future? Understanding Automation, video somewhat neo-liberal perspective

Arizona Senator Kyrsten Sinema is changing her party affiliation to independent, delivering a jolt to Democrats’ narrow majority and Washington along with it....
Read more
American Economics

US Economy Adds Over 250,00 New Jobs In November As Inflation Begins To Slow

The US Economy added 263,000 jobs in November, defying aggressive action from the Federal Reserve to cool the economy and bring down...
Read more
Politics

Here are the main events that occurred in Politics this week 1.Iran Executes First Protestor Linked To Ongoing...
Read more

The United Nations voted to oust Iran from the Commission on the Status of Women because it “continuously undermines and increasingly suppresses...
Read more

The US is poised to approve sending its most advanced ground-based air defense system to Ukraine, responding to the country’s urgent request to help...
Read more

Arizona Senator Kyrsten Sinema is changing her party affiliation to independent, delivering a jolt to Democrats’ narrow majority and Washington along with it....
Read more
Load more

19 y.o. Ali Makan Davari was arrested in October a

Bita Haghani is a 22 y-o blogger and arts student

This is Leili Poorbaba. She was arrested about 50

President Joe Biden moved to help children fleeing violence in Central America on March 10 even as he grappled with a surge...
Read more

Here are the main events that occurred in Politics this week 1.Iran Executes First Protestor Linked To Ongoing...
Read more

The United Nations voted to oust Iran from the Commission on the Status of Women because it “continuously undermines and increasingly suppresses...
Read more

The US is poised to approve sending its most advanced ground-based air defense system to Ukraine, responding to the country’s urgent request to help...
Read more

19 y.o. Ali Makan Davari was arrested in October a

Bita Haghani is a 22 y-o blogger and arts student

This is Leili Poorbaba. She was arrested about 50