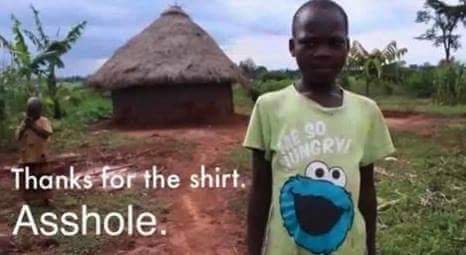 Tackling the topic of humor is a particularly difficult area because it can be extremely subjective. A joke might be funny to one person or group of people but considered not funny to a different individual or group. Is it proper to make jokes about pain and suffering? Well yes. Many jokes in the realm of satire are explicitly mocking something or stating something that is obviously false to be funny. Without knowing it people like politicians or leader or even ordinary people can say something seriously and people can misconstrue it as a joke. An example of this was when President Donald Trump said: “No one cares about black people more than I do.” While many laugh at this because it an obvious fallacy he didn’t intend it to be a joke. Now for people who tell jokes, it is different because they set up the context to make jokes funny. George Carlin explains this very well below.

He goes more into words themselves rather than jokes, but he makes a good point, its the context that matters. People who make jokes about racism often don’t do it to put different ethnic groups down but, in fact, to shine a light on problems in society. Historically if you look at people like (history of Satire on wiki link below) Johnathan Swift jokes about eating babies in his work “A Modest Proposal”(http://art-bin.com/art/omodest.html) where he talks about killing kids and selling them for food. The work is meant to shine a light on the fact that there are children everywhere who can barely eat who often starve or face death and disease without help. The church at the time, of course, didn’t do great things advocating against condom use, but that’s a topic for another time. Sometimes jokes have little purpose(to change society) and are just funny. If you say eating children jokes are wrong (Modest Proposal) then you often put yourself in a box where you have to declare everything else immoral because its “wrong”. If a rape joke is wrong because it can encourage a culture of more rape then that’s an argument that must be defended. I don’t have a defense for it here, but when you try to change the way people talk all you end up doing is marginalizing large groups of people without fixing the root of the problem. It’s not Swifty making jokes about treating children inhumanely in his work that pushes that culture to do such, but indeed society’s lack of moral itself. If rape was absent in a society would it be moral to make a joke about it?

Also, this seems very much like a gendered issue. A teacher of mine, need not be named, said its ok to make jokes about men getting rape but not women. That statement itself sets itself up for failure. If you’re going to make the argument about rape culture than you shoot yourself in the foot especially if you live in the United States. The United States is the only country to record more male rape than female rape in an area because of the massive prison populations we have(not entirely true link below to shed light).Male rape is never talked about and when it is not much is done about it. Why?The saying goes “MEN CAN TAKE IT”. Feminist can’t argue about female rape jokes and leave men out. Because rape in prisons still happening at high rates- population of prisoners still high and little political will to change it. But again these conversations are land minds because you will just keep getting bogged down more until you come to the conclusion a jokes a joke. It can be more, it can be less. I am not defending jokes that attack people(direct personal attacks), I am defending jokes that shine a light on issues. At the end of the day, words are just words and we shouldn’t ruffle our feather if someone makes a bad joke(or an even shittier one.

Other Topics
Male Rape – Look at Ancient Greeks/ Look at Military gay sex history(sailors/army…etc)
Female Rape- Highest in Middle East/ Dress has nothing to do with the probability of rape. Machines will lower it(sex robots).
Child Rape- Seems to be High among elites-PizzaGate/Australian Boy Sex crack down/Hard to stop men in high places.
Sex- Church historically against condom use, which has killed many.
Hunger- Yemen Starving, US-led, Saudi-Led, World Hunger Can be Ended, You’re to Blame

Satire on the Go: Big Don For Council

The story begins with a young lad of 20, who's hand is a puppet dressed in a pirate hat and hook. His hand proclaims...
Read more
Politics

Republican lawmakers in Pennsylvania on September 15 approved subpoenas for a wide range of data and personal information on voters, advancing a probe...
Read more

Ever since he first announced his candidacy for the Republican nomination in June of 2015, US President Donald Trump has given the...
Read more

On May 15, Alabama Governor Kay Ivey signed into law a controversial abortion bill that would punish doctors who...
Read more