Here are the major events in Politics that occurred over the past week:

The Bridgegate scandal was back in the news this week over how the Christie Administration deliberately hid emails tieing the governor to the scandal.

The Bridgegate scandal was back in the news on August 3 regarding how the Christie administration handled emails and records related to the plot to cause traffic problems in Fort Lee in retaliation for its mayor Dawn Zimmer (D) deciding not to endorse Governor Chris Christie for re-election in 2013.

A state appellate panel reinstated two lawsuits by North Jersey Media Group that alleged the Christie Administration deliberately withheld documents in violation of NJ law. In 2013, the media company sought emails between Chris Christie’s staff members and Port Authority officials after access lanes on the George Washington Bridge were closed. But the administration didn’t provide the emails that were known to exist. The court’s decision means members of Christie’s administration could face additional legal penalties. 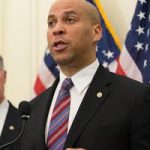 Senator Cory Booker (D-NJ) has recently put forward a bill that would legalize and decriminalize marijuana at the federal level.

On August 2, Senator Cory Booker (D-NJ) introduced a bill that would legalize Marijuana at the federal level and reverse the decades-long drug war. Booker has pointed out that marijuana laws disproportionately hurt minorities and the poor and that the War on Drugs has replaced slavery and Jim Crow laws as a tool to disenfranchise minorities. Booker hopes to attract support for his proposal from Democrats such as Bernie Sanders and Republicans including Rand Paul, Mike Lee, and Cory Gardner.

Despite the fact that the bill has much potential and would positively impact American public policy, it stands little chance of coming for a vote due to the fact that the Republican Party controls Congress and because the Trump Administration has expanded the War on Drugs by increasing penalties for drug possession.

John Delaney (D-MD) is the first serious candidate to announce that they are running for the Democratic Presidential nomination in 2020.

Congressman John Delaney (D-MD) announced on July 28 that he would be seeking the Democratic Presidential nomination in 2020, becoming the first major candidate to have declared their candidacy. Running as a socially-liberal, yet pro-business candidate, John Delaney stated in a Washington Post interview that his politics was based on “celebrating the power of our free-market economy while insisting that the federal government has a key role in setting goals and standards and standing up and protecting the poor and vulnerable members of society. Additionally, Delaney supports increasing government investments in the technology sector as a way to address the ever-changing global economy and continue to allow the US to remain one of the world’s largest economies.

Despite the early attention surrounding the candidacy of John Delaney, most political observers feel that he has little chance to win the Democratic nomination and will be quickly upstaged by other prospective Democratic candidates such as Cory Booker, Kamala Harris, Elizabeth Warren, and Bernie Sanders.

On August 2, President Trump signed into law the Countering America’s Adversaries Through Sanctions Act, which places embargoes on and expands pre-existing sanctions on Russia, Iran, and North Korea for their supposed destabilizing actions and (in Russia’s case) interfering in the 2016 US Elections.

President Trump applauded the imposition of increased sanctions on North Korea and Iran, saying that both countries are sponsors of terrorism and that “regime change” is necessary for both countries. On the other hand, Trump was critical of the sanctions against Russia, stating that the “legislation is significantly flawed” and that in its haste to pass the legislation, “Congress included a number of clearly unconstitutional provisions.” President Trump’s negative reaction to the sanctions on Russia has led to further questions regarding his involvement in Russian efforts to influence the 2016 Presidential Election. As expected, the leadership of all three of the countries impacted by the bill condemned its passage and have pledged to respond using international legal standards.