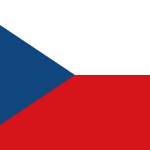 The Czech Republic is a unitary parliamentary republic located in Central Europe. It consists of the historical provinces of Bohemia and Moravia along with the southern tip of Silesia, which are often called the “Czech Lands” The Czech Republic is bordered by countries such as Germany, Austria, Poland, and Slovakia, has an area of approximately 78,866 square kilometers, and a population of a little less than 11 million. The Czech Republic plays an important role in the wider context of European politics due to its central location between both Germany and Russia, reputation as one of the most stable and freest countries in Europe, and past struggles for independence from regional powers.

The history of the Czech Republic can be traced back to the Lower Paleolithic era when the earliest modern humans settled in the region. Some of the Paleolithic cultures that settled in the present-day Czech Republic included the Acheulean, Micoquien, Mousterian, and Předmostí. The area was subsequently settled by the Celts in the 5th Century BC and by various Germanic tribes during the 1st Century CE. During the 5th century CE, Slavic tribes from the Vistula basin settled in the region of Bohemia, Moravia, and Silesia. The Czechs founded the kingdom of Bohemia and the Premyslide dynasty, which ruled Bohemia and Moravia from the 10th to the 16th century. One of the Bohemian kings, Charles IV, Holy Roman Emperor, made Prague an imperial capital and a center of Latin scholarship. The Hussite movement founded by Jan Hus (1369–1415) linked the Slavs to the Reformation and revived Czech nationalism, previously under German domination. A Hapsburg, Ferdinand I, ascended the throne in 1526. The Czechs rebelled in 1618, precipitating the Thirty Years’ War (1618–1648). Defeated in 1620, they were ruled for the next 300 years as part of the Austrian empire. Full independence from the Hapsburgs was not achieved until the end of World War I, following the collapse of the Austrian-Hungarian Empire.

A union of the Czech lands and Slovakia was proclaimed in Prague on Nov. 14, 1918, and the Czech Republic became one of the two component parts of the newly formed Czechoslovakia. In March 1939, German troops occupied Czechoslovakia, and Czech Bohemia and Moravia became protectorates of Nazi for the duration of World War II. The former government returned in April 1945 when the war ended and the country’s pre-1938 boundaries were restored. When elections were held in 1946, Communists became the dominant political party and gained control of the Czechoslovakian government by 1948. During the period of communist rule, the Czech Republic witnessed atrocities committed by the Communist government and was invaded by the Soviet Union in 1968 in response to its attempts to break away from the Warsaw Pact.

Over four decades of Communist rule ended with the nearly bloodless “velvet revolution” in 1989. Václav Havel, a leading playwright and dissident, was elected president of Czechoslovakia in 1989. Havel, imprisoned twice by the Communist regime and his plays banned, became an international symbol for human rights, democracy, and peaceful dissent. The return of democratic political reform saw a strong Slovak nationalist movement emerge by the end of 1991, which sought independence for Slovakia. When the general elections of June 1992 failed to resolve the continuing coexistence of the two republics within the federation, Czech and Slovak political leaders agreed to separate their states into two fully independent nations. On Jan. 1, 1993, the Czechoslovakian federation was dissolved and two separate independent countries were established—the Czech Republic and Slovakia. The Czech Republic joined NATO in March 1999 and the European Union in 2004.

The current Czech constitution was adopted on October 19, 1992, and ratified on New Years Day 1993. The constitution stipulates that the Czech Republic is a  is a unitary parliamentary republic with three branches of government. The executive branch is headed by the President and the Prime Minister. The president is a formal head of state who has the power to return bills to the parliament, appoint members to the board of the Czech National Bank, nominate constitutional court judges for the Senate’s approval and dissolve the Chamber of Deputies under certain special and unusual circumstances. The president appoints the prime minister, as well as the other members of the cabinet on a proposal by the prime minister. The President serves a five-year term with no more than two consecutive terms and since 2013, is directly elected. The current President of the Czech Republic is Miloš Zeman, who was first elected in 2013 and (narrowly) re-elected in 2018 despite much opposition to his policies (he is considered to be the “Donald Trump” of the Czech Republic).

The Prime Minister of the Czech Republic is considered to be the head of government and holds considerable powers, such as the right to set the agenda for most foreign and domestic policy and choose government ministers. The current Prime Minister of the Czech Republic is Andrej Babiš, a member of the centrist  ANO 2011. He has served as Prime Minister since December 6, 2017. The Chamber of Deputies is the lower house of the Czech Parliament and its members are elected to a four-year term by proportional representation, with a 5% election threshold. The Senate members are elected in single-seat constituencies by two-round runoff voting for a six-year term, with one-third elected every even year in the autumn. The first election was in 1996, for differing terms.

The judicial system of the Czech Republic follows the principle of civil law system based on the continental type, rooted in Germanic legal culture. The Czech court system includes district, county and supreme courts and is divided into civil, criminal, and administrative branches.  The Constitutional Court consists of 15 constitutional judges and oversees violations of the Constitution by either the legislature or by the government. The Supreme Court is formed of 67 judges and is the court of highest appeal for almost all legal cases heard in the Czech Republic. The Supreme Administrative Court decides on issues of procedural and administrative propriety. It also has jurisdiction over many political matters, such as the formation and closure of political parties, jurisdictional boundaries between government entities, and the eligibility of persons to stand for public office.

The Czech Republic has an overall strong record in the realm of human rights and political freedom and is considered to be a model for the former Soviet-bloc countries. Perhaps in response to abuses committed towards the Czech people during the periods of Nazi Germany and Soviet occupation, the Czech Republic takes an active role in protecting the rights of its citizens and is proud of its human rights record. Despite its overall positive record on human rights, the Czech Republic still faces some criticism by human rights organizations due to its refusal to participate in refugee resettlement programs put forward by the European Union and an increase in hate speech towards migrants from the Middle East. Additionally, governmental corruption has increased under the Presidency of Milos Zeman, thus increasing citizen alienation from the Czech political process.

The  Czech Republic is has a GDP $372 billion (2017 estimate),  Human Development Index Score of 0.878 and a GINI Score of 25.9. The economy of the Czech Republic is primarily service-based (59.7%), with industry and agriculture making up 37.8% and 2.5% of total economic output respectively. The unemployment rate of the Czech Republic is estimated to be around 3% as of 2017 and GDP per capita is $35,200. The Czech Republic currently has the lowest unemployment rate in the European Union and its currency is one of the strongest performing currencies of 2017. Despite its strong economic performance in recent years, the Czech economies dependence on exports makes economic growth vulnerable to contractions in external demand.

In conclusion, the Czech Republic continues to remain one of the more stable countries within the European Union due to its strong economy, democratic society, and positive role in foreign affairs. Geopolitical issues remain minimal within the country and its future outlook remains strong in the face of emerging challenges such as a resurgent Russia, declines in US support for Europe, and the EU refugee crisis.

Saudi Arabia (officially the Kingdom of Saudi Arabia (KSA)) is a Unitary Islamic absolute monarchy located in the Middle East constituting of the bulk of...
Read more
Country Profiles

Iraq (officially known as the Republic of Iraq) is a Federal parliamentary republic located in the central part of the Middle East. Iraq bordered...
Read more
Country Profiles

One of the most unstable countries in the Middle East is Lebanon. Officially known as the Lebanese Republic, Lebanon is a parliamentary republic located...
Read more

President Joe Biden unveiled a more than $2 trillion infrastructure package on March 31 as his administration shifts its focus to bolstering the post-pandemic economy. The...
Read more

Here are the main events that occurred in Politics this week: 1.Former President Donald Trump To Decide On...
Read more

Biden Administration Crafting Plan To Reset US Ties With Palestine

According to an internal draft memo, the Biden administration is crafting a plan aimed at resetting US ties with Palestine that all...
Read more
Load more

The Trump campaign filed a lawsuit on August 3 against the state of Nevada over its plan to send absentee ballots to all...
Read more

Many people are asking if the Democrats will take back the House of Representatives in 2018? I suspect they will make significant gains. Upsets...
Read more

President Joe Biden unveiled a more than $2 trillion infrastructure package on March 31 as his administration shifts its focus to bolstering the post-pandemic economy. The...
Read more

Here are the main events that occurred in Politics this week: 1.Former President Donald Trump To Decide On...
Read more