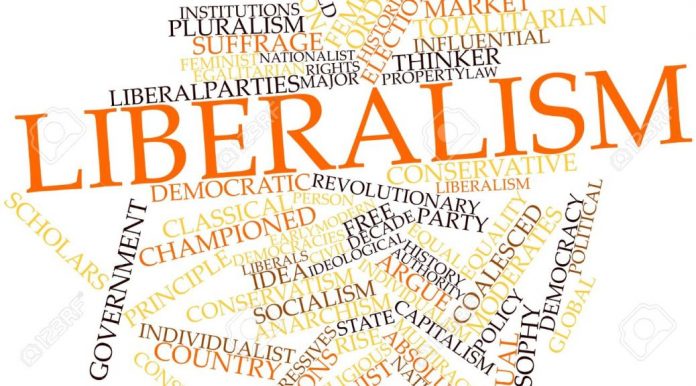 The ideology that is identified as Classic Liberalism came out of the thinking of an economist and political philosopher named Adam Smith. Adam Smith was born in Scotland in 1723 and established a reputation as a “peculiar” person who had an anxiety disorder, never married, and still lived at home. At the times of Smith’s birth, Scotland was one of the most backward society in Western Europe and was still a feudal society with an economy equivalent to where most of Europe was during the 13th Century. At age 14, Smith began to attend Glasgow University and transferred to Oxford University a few years later. In his first book “The Theory of Moral Sentiments,” Smith looked at the moral relevancy of the world around him as opposed to economics. Smith figured that emotions were more plausible sources of action than reason (moral sense theory in ethics) and that they enabled a person to come to decide things based on reason, which was a rejection of Thomas Hobbes and Social Contract Ethics.

In his studies of philosophy, Adam Smith spent a lot of time looking at the lack of progress in the world and felt that the world was operating at a Zero-sum philosophy, which meant that at a certain time, one part of the world is doing well, while another part was doing poorly and vice-versa over time. At the beginning of his studies, Smith looked at ancient Greek society, studying the fact that the society did quite well until the rise of the Roman Empire. Smith then came to the conclusion that people connect power and prestige to what each society possessed in terms of military strength, economic strength, and resources. That belief is known as Mercantilism. Smith said that societies lose their power and prestige through war and divisions in their societies that occur over time. Smith felt that society needed to stop recognizing strength by what someone had to what someone can produce to add to society. By Smith’s rationale, the societies that added more are stronger than the ones that added very little.

To further illustrate his theory, Smith said that there existed an “Invisible Hand”, or a supply-demand curve, meaning that if an economic system was left alone, a demand would be existent throughout the world and there would be people there to meet the demands. The great industrialists argued that a capitalist economic system works the best through the ideas proposed by Adam Smith. Smith went a step further, saying that government intervention altered the supply-and-demand belief, reducing the desire for goods and reducing the incentives for the production of goods. Smith’s 1776 book, The Wealth of Nations, helped to illustrate the belief of free market economics and the need for free enterprise economic systems.

Roughly 90 years after Adam Smith came up with his theory, an English philosopher named Thomas-Hill Green looked into Adam Smith’s theory and came to the conclusion that while Adam Smith theory was valid, it assumed that people were generally rational and good-natured, which was not the case during the Industrial Revolution. Green illustrated the dishonest nature of big businesses and the exploitation of workers in the U.S. and England as part of the fact that the supply-and-demand theory will lead to inefficiencies regarding wealth inequality and the quality of goods produced by laborers. Green argued that government was needed to protect the rights of workers and ensure the regulation of the economy in order to help solve the inefficiencies created by the supply-and-demand theory. Green’s theory became known as Contemporary  Liberalism. For example, the government regulates things such as safety features in automobiles and certain health care requirements because the private sector does not have the desire do so due to their inherent nature. Prior to the introduction of government regulations, the private sector and industries had the power to do whatever it pleased to do so, which sometimes led to severe consequences such as the production of unsafe and inferior goods and the employment of children to work in unsafe industries. A Contemporary Liberal would also argue that the private sector does not have the incentives to help improve the lives of the poor and rebuild devastated communities due to the inherent human nature and feel that government has a role to do those things.

Neo-Liberalism refers to the late 20th-century resurgence of the ideas laissez-faire Classic Liberalism and is based in part off of Modern Conservativism. The main goals promoted by Neo-Liberalism include economic liberalization policies such as privatization, fiscal austerity, deregulation, free trade, and reductions in government spending in order to increase the role of the private sector in the economy and society. These market-based ideas and the policies they inspired constitute a major shift away from the Keynesian consensus on economics,  which lasted from the early 1930s to until the election of Margaret Thacher as UK Prime Minister in 1979 and Ronald Reagan as US President in 1980. Despite the popularity of Neo-Liberal economic policies, events such as the 2007-2010 Financial Crisis partially discredited Neo-Liberalism as an ideology and led to a resurgence in some 0f the ideas promoted by Modern Liberalism such as increased government intervention in the economy in times of economic decline.

What Is A Discography?

One of the essential tools used in the research and documentation of recorded sounds is the Discography. The main purpose of any...
Read more
OurDictionary

Ever since he first announced his candidacy for the Republican nomination in June of 2015, US President Donald Trump has given the...
Read more
OurDictionary

One of the major debates within the American Criminal Law system is what for of punishment will do the most to deter crime and...
Read more

Here are the main events that occurred in Politics this week: 1. US, UK, and France Bomb Syria Over "Suspected" Chemical Weapons Attack The US and...
Read more

Here are the main events that occurred in Politics this week: 1. House of Represenatatives Approves Impeachment Articles Against President Donald...
Read more

The House of Representatives on May 27 passed legislation calling on President Donald Trump’s administration to impose sanctions on Chinese officials responsible...
Read more